In coherence with the lasts tendencies and with the new simulator generation; Evotek has developed an exclusive archetype motion about the rotation around three classic axis of movements (pitch, roll, yaw), expressly planned for sporty drive, particularly for Formula 1 vehicle.

The Motion system Evotek Formula, is a module with elevate mechanic and electric integration, extremely compact and rational is directly set up in the posterior part of the shell that, in this way, realize the most lightweight and performing Formula 1 simulator currently in commerce.

The features of Motion system Evotek Formula mostly appreciated are the coherence and the precision of movements, the same movements that are identified in real Formula 1 vehicles, area where Evotek shows a “know how” assimilated in over 20 years of planning and experimentation on Formula One tracks all over the world. The real strong point of Evotek simulators still is the extraordinary reactivity of the system in perfect synchrony with the visual display, that currently has no rivals in any other simulator.

Today the Motion system Evotek Sym 027 and Club Edition, natural evolution predecessor 026, it uses mechanic components realized with high-performances sand and aluminum fusions. This technology has permitted a substantial reduction of masses and, at the same time, high-precision mechanical manufacturing that has allowed more perfect and moving combinations that improve the trustworthiness and reactivity of the system.

At the same time even actuators and the electronic control during the last three years have improved themselves and today they have reached an excellent grade of reliability and performances.

Differently from the others simulators, Evotek can distinguish from the others even because it has removed the movement platform, replacing it with the supporting shell solution, as in real Formula Uno vehicles. In this way it has been drastically removed the weight of moving masses. The whole Evotek Motion module is built quickly on the shell trough 5 attachment of the support. 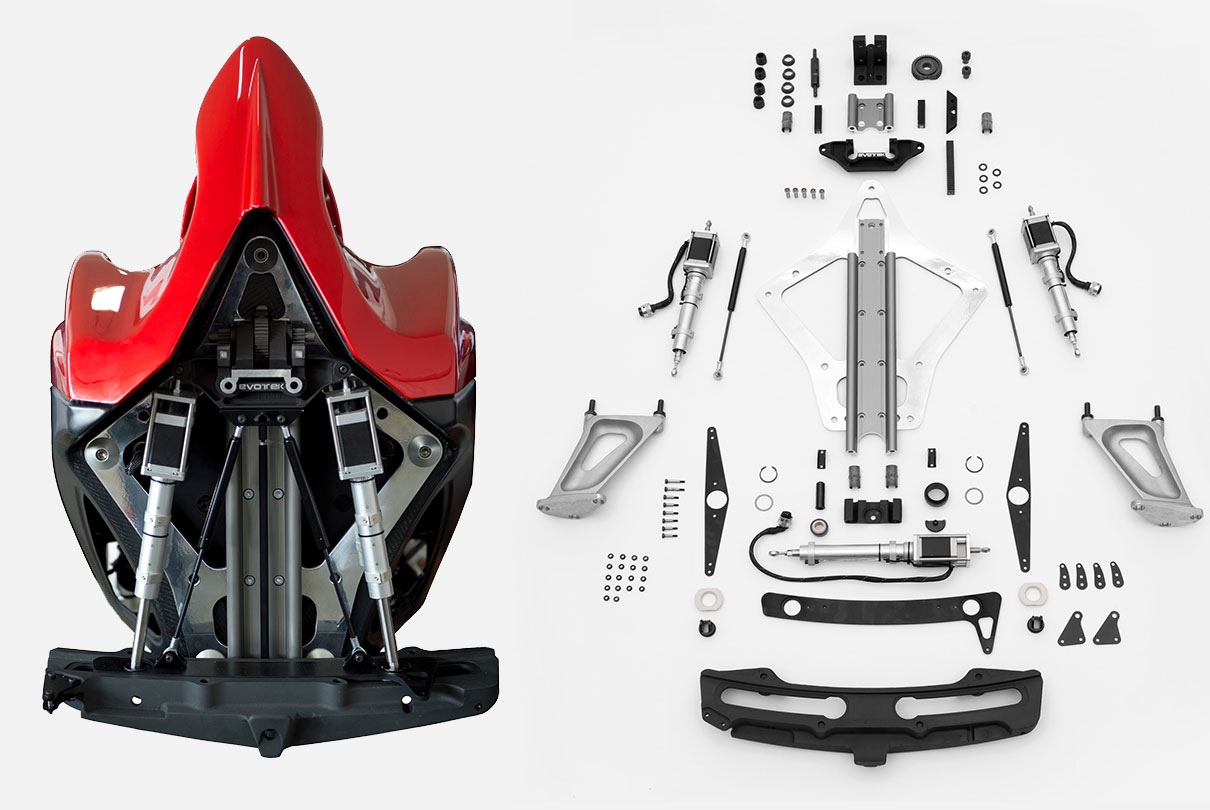 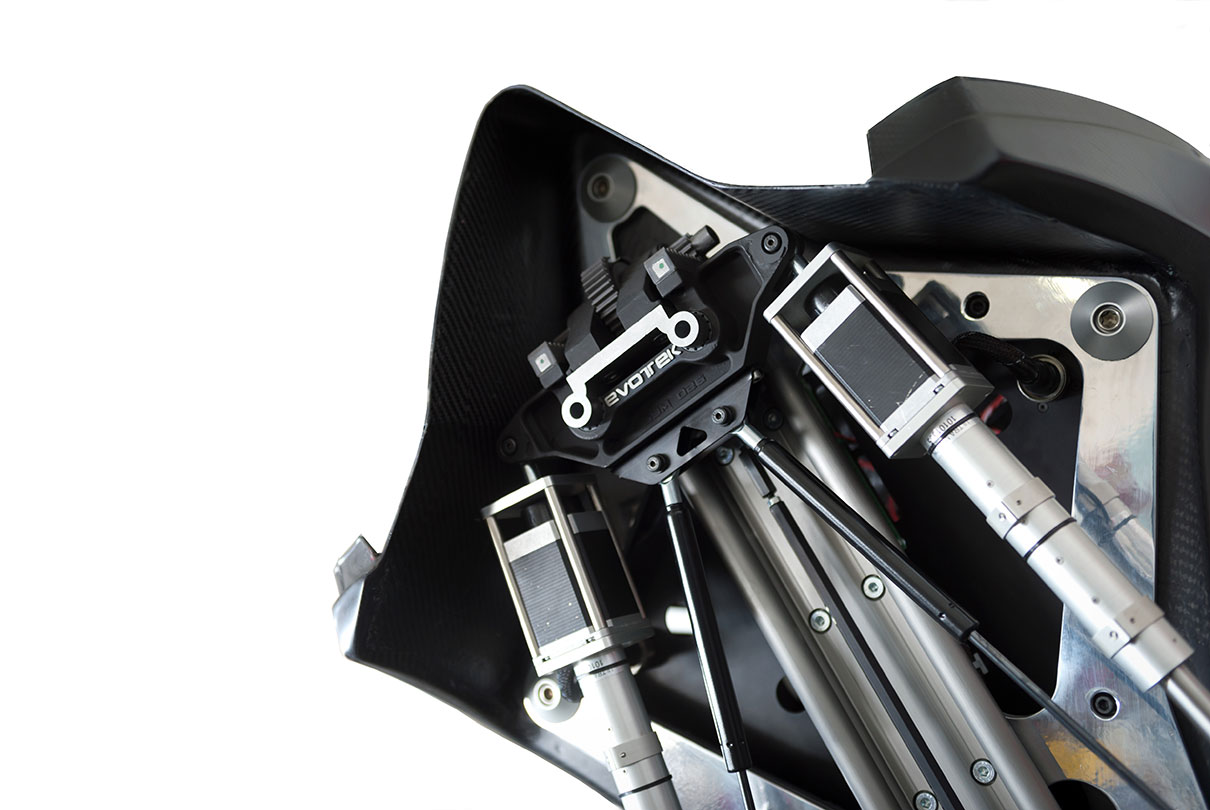